The stylish Betts Apartments, which recently received an NZIA 2020 local design award, were unusual in not opting for a pre-selected window and door menu but allowed the 17 apartment owners to choose priced upgrade options if they wished. Most opted for an upgrade to the Metro Series ThermalHEART® range with high-specification low-E, argon-filled double glazing.

One purchaser expressed a strong preference for bi-fold doors instead of sliders on the development’s eye-catching, deeply recessed decks, and this was also implemented. “We felt it was a good move in the sales process to allow people some choice,” said local architect, Jorgen Andersen, of Arthouse Architects, who was a member of the syndicate that undertook the development.

The site, which had been used as a council car park, was one of 17 special housing areas (SHAs) approved by Nelson City Council and the previous government to address housing supply issues in Nelson. The accord allowed for the creation of special housing areas where developers could build residential units through a streamlined resource consent process. The City Council called for development proposals for the site and the Betts Apartment concept was chosen after a process which involved assessment of design values and cost factors. Transfer of land title to the developer was part of the deal.

To meet the required design threshold and ensure community acceptance, Mr Andersen and his project team softened the building’s size and scale with generous use of timber screening, timber (plywood) ceilings in the recessed balconies (three metres deep), and use of a variety of cladding textures and exterior elements.

All but one of the apartments featured 2.5m high sliding doors to the decks with door sills recessed flush with interior floor level. Other Altherm products supplied by manufacturer, Design Windows Nelson, (all in Matt Black powdercoat) included Metro Series products, as well as Metro Series ThermalHEART®, the thermally efficient suite, in awning and fixed window formats. The 40mm Seismic system was used in the stairwells. The exterior timber screens, some sliding, were in a Teak finish and provide sunshading and privacy to apartment windows.

The builder was Scott Construction and the designer Arthouse Architects. 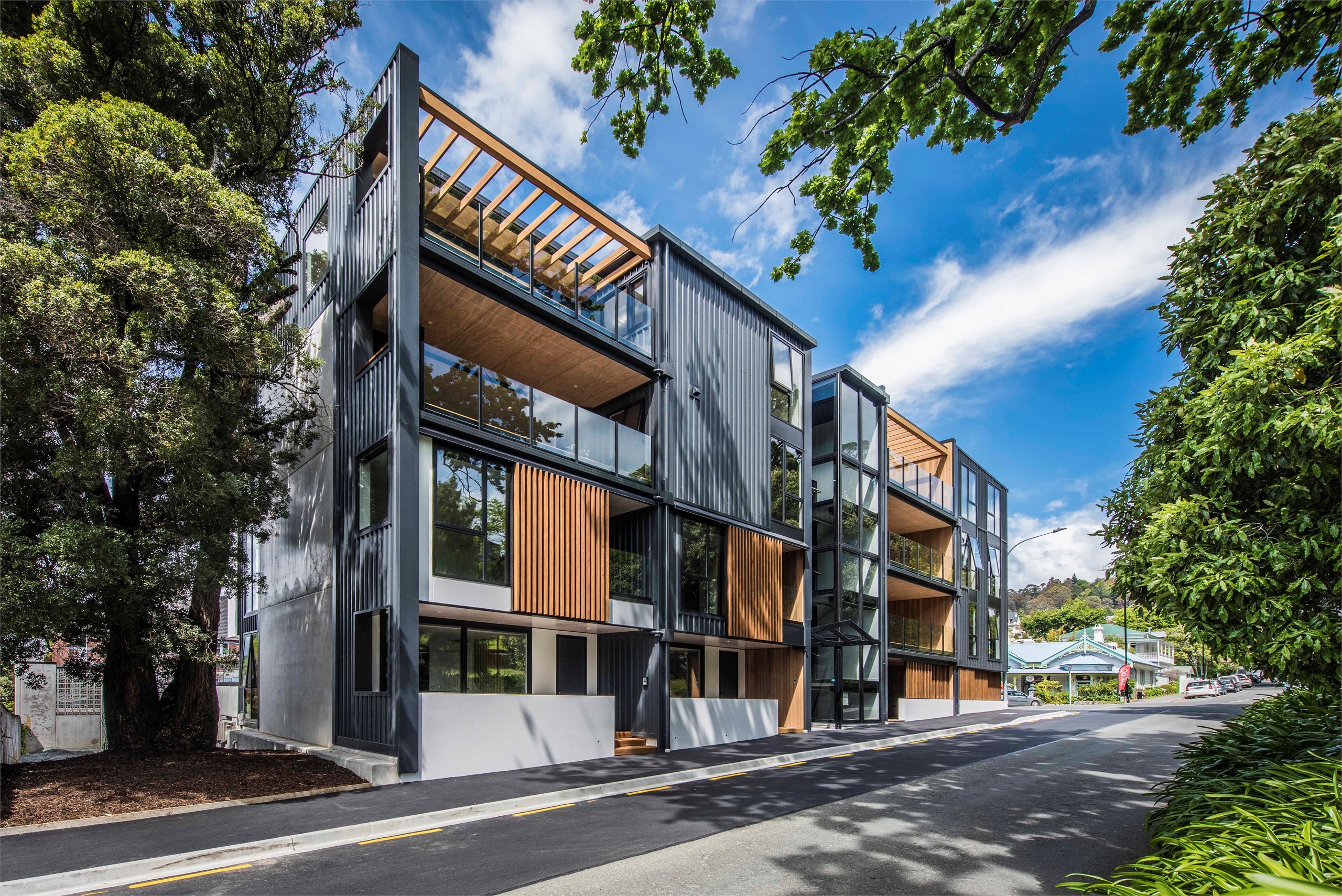