Menu
Architects and specifiers   >   Sustainability to the Fore

Sustainability to the Fore

Comprehensive environmental and social codes are part of the design ethos used by Tennent Brown Architects who recently won an architecture award for the new Gisborne Airport Terminal.

In the 2021 awards programme — run by Te Kāhui Whaihanga New Zealand Institute of Architects and sponsored by APL Window Solutions and Resene — Tennent Brown and Architects 44 Ltd won the Public Architecture award (Hawkes Bay/Gisborne) for the $12.5m terminal project which saw more than a doubling in the size of the city’s previous arrivals and departures building.

To get generous natural light into the large internal spaces, the terminal was designed with floor-to-ceiling glazing in the Vantage 150mm Seismic Structural Glaze system on the tarmac side, supplied by manufacturer Glenn’s Glass & Aluminium, with mainly 40mm windows on the carpark frontage.

The project is being described as uniquely Tairāwhiti, with a 42-metre-long tahuhu or shaped ridgepole, spanning much of the roof inside. Less visible to airport visitors and passengers are the sustainability features used in construction, including solar panels, rainwater harvesting, rammed earth walls and strict adherence to the Living Building Challenge (LBC) ‘Red List’ for exclusion of construction materials deemed risky to human health and the greater ecosystem.

Tennent Brown have used the LBC Red List as a key materials specification driver since 2015 when they were introduced to the LBC guidelines during two projects for Tuhoe. Since then they have employed a full-time materials researcher to explore product chemistry and find non-toxic or non-bioaccumulative products. “Because LBC is so intensive and across so many facets of sustainability, it is the main voluntary environmental code we use,” says company director, Ewan Brown. “We have done and are still working on some Greenstar projects.”

Ewan said that the practice had also become the first New Zealand architect member of JUST, a social justice programme which has 22 parameters across such things as gender pay equity, inclusion, employee benefits, volunteering and local sourcing.

The Vantage windows supplied to the Gisborne airport terminal included 40mm sashes on automatic opening gear on the carpark side of the building. This measure to promote natural ventilation sees the windows open when CO2 levels get too high. Ventilation from the tarmac side was not favoured because of noise and avgas fumes.

A Provincial Development Unit grant of $5.5m helped cover part of the project’s cost, with the rest being contributed by the airport’s operators Eastland Group and Trust Tairāwhiti.

The builder was McMillan & Lockwood. 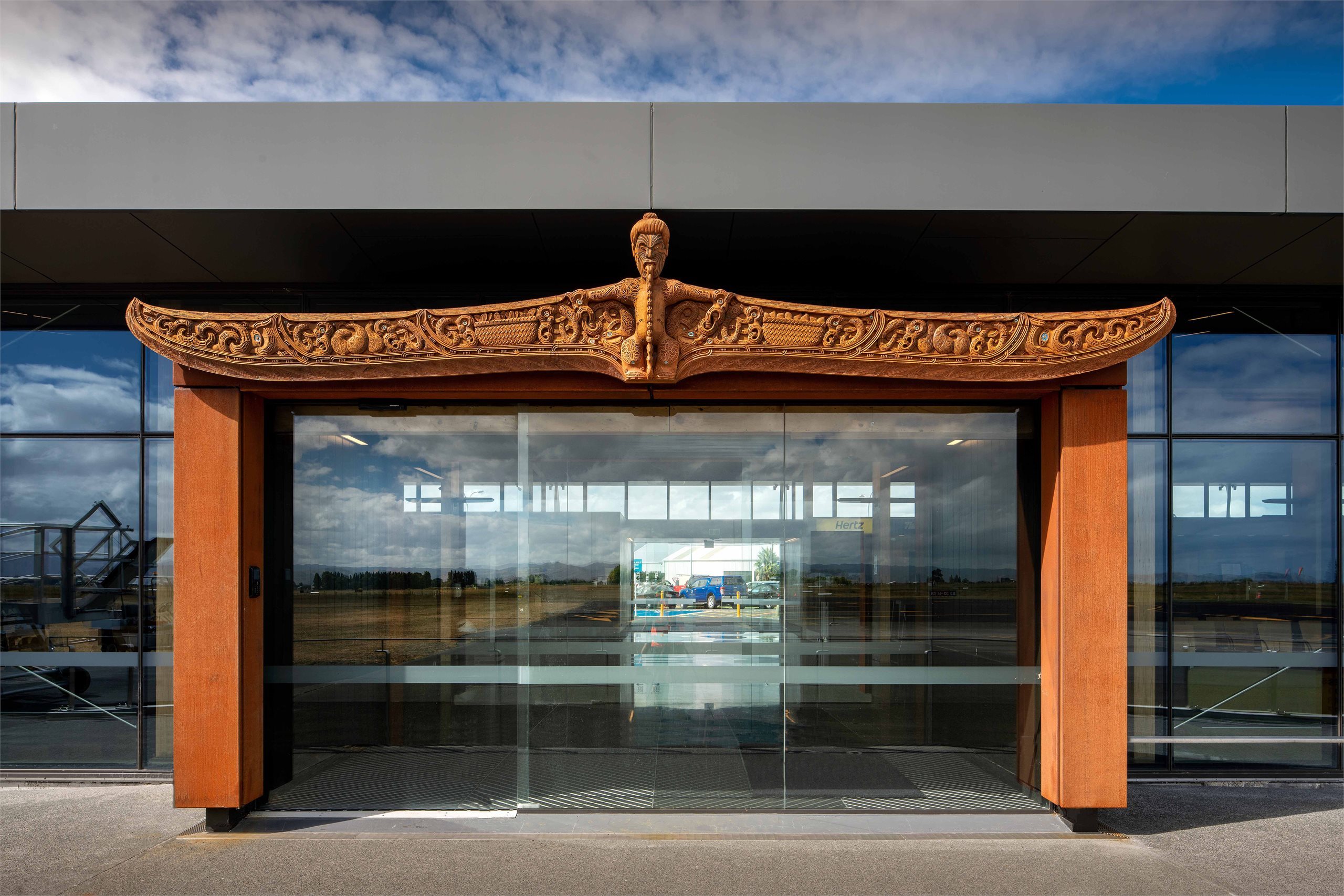